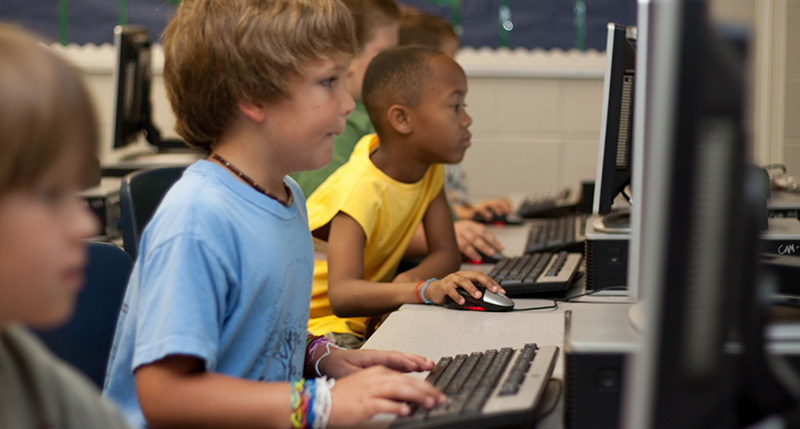 As the leading cause of visual impairment among children, amblyopia affects approximately 2 to 3 of every 100 children. The condition occurs when vision in one eye is reduced; though the eye may appear normal, the eye and the brain are not working together properly. Rather than taking the images from both the left and right eyes and combining them to make a 3-D image, the brain favors one eye’s image over the other. Over time, this scenario can lead to reduced vision in the weaker eye, which can cause amblyopic individuals to be slower with close-up tasks such as reading or computer work. Additionally, using one eye instead of two diminishes the field of vision and reduces depth perception, leading to frequent tripping or bumping into things.

There is a third, rare type of amblyopia, where vision is obstructed by visual occlusions such as congenital cataracts―called deprivation amblyopia. Unlike the more common causes of lazy eye which can often be addressed without surgery, this third type must be surgically corrected to allow normal vision development.

Earlier is better when it comes to treatment

Amblyopia is not only the top cause of eye impairment in kids; it is also the most common cause of monocular (single eye) issues among young and middle-aged adults. Unless lazy eye is effectively treated in early childhood, it almost always persists into adulthood. Fortunately, prospects are bright for children who receive treatment early, between the ages of 3 and 6.

If amblyopia is left untreated, or if treatment is delayed until the preteen or early teen years, it could mean the difference between full and partial recovery. Because the brain has ignored the weaker eye for so long, retraining it becomes more difficult, and vision in the affected eye may be permanently impaired, causing weak depth perception and peripheral vision.

The best treatment for amblyopia depends on its cause. For refractive amblyopia, the solution may be as simple as correcting the refractive error causing distorted images with glasses or contact lenses. For more extreme cases of refractive amblyopia as well as strabismic cases, optometrists often choose visual therapies.

Regardless of treatment recommendation, compliance is key to successful recovery. Though children may cry or throw a tantrum in resistance to wearing an eye patch, time is of the essence in effectively treating the condition. The younger a child is, the faster treatment works to improve vision―so parents must be persistent and encouraging. Regular visits to the eye doctor to track treatment and changes are important, too.

Amblyopia is best treated early and by a licensed optometrist. Preschool and elementary school eye screenings aren’t designed to diagnose amblyopia, and even pediatric vision screenings often fall short. Such screenings are often cursory and may miss up to 60{292cc3b5301b60554126ab1d65e6244992d5e505d8a733ba82d7605faad99183} of children with vision problems; they are intended to indicate a potential need for further evaluation, not to catch underlying issues. As such, they are not a substitute for a visit to the optometrist. To ensure your child’s vision is its best for the school year, schedule a comprehensive eye exam today!